Nine years ago, in 2008, I attended a world language conference in Maryland. It was in a session there that an idea was planted in my head. I wish that I could remember who the speaker was, but I don’t. She shared with us the idea of a type of talent show that featured talent in many languages.  The next year, in 2009, the first Cabaret at James M. Bennett High School took place. Indeed, it was a celebration of talent: singing, dancing, skits, poetry recitation and instrumental selections that came from a variety of languages and cultures.  Since then, we have held a Cabaret about every two years.  I feel very strongly that one of my major responsibilities as a world language teacher is to open a window on the world for my students of rural Delmarva (rural, but with a quite high immigrant population) and to build bridges leading to acceptance and understanding of other cultures. Last night, we held a Cabaret that achieved that, and I will always remember it.  It was so very special that I will cherish the warmth, the love and the good feelings for a very long time.

We charged $4.00 a ticket, which included a beverage and their choice of an international dessert.  Additional desserts were available for $1.00.  Since our principal assisted us with some discretionary funds, we were able to make almost $600. We decided at a planning meeting in early April that the profit would be used to begin a scholarship in memory of our guidance secretary who passed away suddenly in March.

We chose two outgoing senior students to be our emcees for the evening, and they were wonderfully high energy, involving the audience from the opening minute of the show. They introduced each act with information about each performer.  There were more than 62 performers in the show, and another 25 involved in decorating, baking, serving and stage crew. The event was well attended by our students, who were polite, receptive and enthusiastic in their support of each other.  We began promptly at 7:00 and finished at 9:20, including a 20 minute intermission break for more dessert and dance (described below).  I prepared two enormous power points, one that played for 20 minutes prior to 7:00 that featured music, pictures and quotes for all languages encompassed in our show and a second power point that had a slide or two for each act, featuring lyrics or trivia about each act and performer.  We used our Clipper Galley (the cafeteria) as the venue because we would be able to eat as students performed.  The very nature of a Cabaret is an intimate gathering with food and entertainment.  By removing many tables and chairs, leaving only 24 tables with 10 chairs at each, we were able to create a very welcoming environment. We did have to add more chairs due to a higher than expected attendance.

All of this years’ acts were by student performers.  In the past, we had several faculty participants, but none this year.  Here is the First Act:

Intermission featured the most popular Just Dance videos from my Spanish III Baila Viernes (Bailando, Limbo, Bailar, La Bicicleta) as well as an additional Bollywood and Korean Just Dance and a special tag team Free style by our break dancers. Intermission was an overwhelming success, with at least 50 students up dancing together in front of our giant screen.

Conclusion of the Cabaret featured another 20 minutes of Just Dance videos as students were reluctant to leave and just kept asking for more! I lost track of the number of student participants (and parents) who thanked me profusely for allowing them to share their language and culture and the student audience members who said that they couldn’t wait to be participants in the next show!

The idea to embrace and celebrate our very diverse population at JMB is one that is of tremendous importance. It was more than just beautiful to watch the multitude of culture, language and art converge in our Clipper Galley, it was inspiring, and hopeful, and oh so very necessary. To present those cultures, languages and arts through song, dance, poetry and drama was more than entertaining, it was good for our hearts. I am so very, very proud of the representation of languages and cultures: Spanish, Creole, Hindi, Latin, Punjabi, Korean, Arabic, Italian, German, French, and English. Additionally, we embraced students whose cultural identity includes: the Dominican Republic, Mexico, Peru, Puerto Rico, Haiti, Ghana, Sudan, Morocco, Algeria, India, Pakistan, Italy, Germany, France, Guatemala, Honduras, El Salvador, and the United States. It absolutely was one of the best nights ever of my long teaching career. Watching these diverse students support each other, cheer for each other and come together at intermission to fill the “dance floor” as they danced through at least 7 Just Dance multicultural videos (and to do the same AFTER the show was over) was something that I know had to impact those in attendance. If you don’t already have such an event at your school, I would encourage you to consider doing something similar. It is so very worth it.  I will leave you with the following message that a student emailed me last night:

“Everyone was so supportive and kind and light and friendly that everyone else just couldn’t help but let their guard down and relax with them. I 100% believe that without this, without multiculturalism among the Stars and Stripes of our American flag, we would not enjoy life to the fullest extent. Whatever help you need in planning future Cabarets, I’m on board. Here’s my email. My phone number is (443) *** ****. I would hate to see people of future generations miss out on an opportunity for something as amazing as what we all witnessed tonight. ESPECIALLY considering the giant thumb known as Donald Trump, is constricting every piece of diverse culture America contains into boxes marked “over the wall, you go.” You have provided me with a window into these lives, a door into different cultures, and a way to immerse myself in all of their beauty. Thank you so much for that. Your hard work and effort really glimmered tonight, my family and I send our thanks and appreciation to you and the rest of the participants/teachers/staff.” 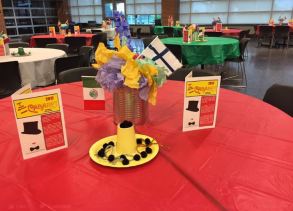 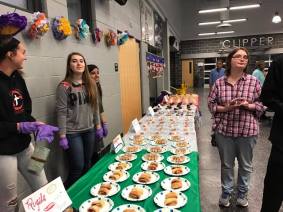 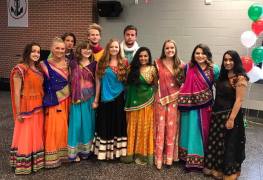 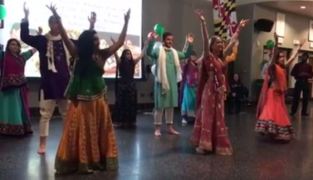 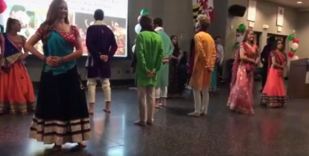 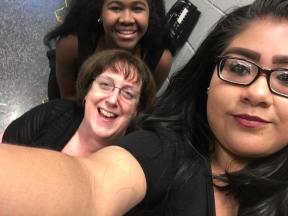