It has been a whirlwind of a fall!  It is difficult, on one hand, to believe that I have not been able to blog since August.  On the other hand, it seems like August was just last week!  I continue to teach Spanish III and IV this year, but, as always, changes abound.  Since I do not use a text book (and haven’t now for years), I find myself creating material each year to match my students, their interests, and also, to match where I am going professionally.  I can say one thing unequivocally…enhancing CI with novels written specifically for that purpose is probably the best thing that I have ever done in my teaching career (with the exception of leaving the textbook behind, and always incorporating music).

I began this school year using Esperanza by Carol Gaab with Spanish III, and La Llorona de Mazatlán  by Katie Baker with Spanish IV.  My intentions/goals for those two books were my last posts in August….prior to the beginning of school!! With this post, I am only going to address Esperanza.  Two important observations:  my students thoroughly enjoyed this book, and it took much longer to finish that I expected!  However, it took longer because they enjoyed it so much!! There was just so much to do with the story and all of the possibilities that emerged as we went along!  You can see my entire 7 weeks of lesson plans here. I owe so much to the phenomenal Martina Bex, as it was her lessons that initially guided my planning, and I continued to refer to her during the entire journey.

We concluded this opening unit of Spanish III with this PBT Esperanza:

PBT Esperanza
Choose one of the following options to complete as your formal assessment. Pay close attention to the description, many of them contain multiple parts.
Guidelines:
• Work days are Wednesday and Thursday IN CLASS, that work is part of the grade.
• All PBT’s are due on Friday. (Work turned in late will be accepted, but for reduced credit).
• The PBT is worth 45 points.
1. Choose two characters from the book. With another person, role play a scene from the book featuring these two characters. You must create your own script. You cannot use the dialogue in the book. The script must contain at least 10 lines per character. The dialogue will be performed in class, and a copy of the script will be turned in. ***This is the only option with a partner. ***
2. Retell a part of the book from the point of view of Ricardito, Beto or Lucy. You must use at least 20 sentences.
3. Draw at least 3 full size comic strips that highlight three important events in the book. Make sure the dialogue is realistic for the characters and does NOT come from the book.
4. Create a graffiti drawing or mural about the book. The drawing should illustrate the MAIN events in the book. Graffiti/murals contain sentences and words, make sure you have at least 5 sentences in the picture.
5. Design a poster advertising the book, include at least 5 interesting details about the book that would make others want to read it.
6. Create song lyrics and music to tell the story of the book. Use the book title as the song title. Perform for the class, live, or record your song and bring it in. Alternately, you could adapt a song that already exists.
7. Draw relevant pictures for either Esperanza OR Alberto and write at least 10 facts that the reader learns about him or her.
8. Imagine that you are a character in the book and create a diary or a blog. Describe at least 5 events that happened in the story and YOUR reaction to them. Each entry must have at least 5 sentences.
9. Put together a collage for the book using at least 10 magazine pictures or color images from the computer. On a separate paper describe how at least 5 of the pictures relate to the story.
10. Make a timeline sequencing 10 important events that happened in the book. Each event must have a picture and a description.
11. Write a poem about one of the characters in the book. The poem should include at least 20 lines that illustrate the role of the character in the book.
12. Create the documents that Esperanza would have found to be the necessary evidence for political asylum. Include a letter stating why she qualifies for asylum. Include a newspaper clipping with picture that discusses violence in Guatemala.

I have 44 students in Spanish III this year, and every option available in the “lo tech” PBT was used by someone. The results were amazing as far as what the students took with them from the book and our activities.  Additionally, it should be readily apparent that there is a very wide span of proficiency with these assessments. NONE of these students came to be with a CI background, and 1/3 of them arrived in Spanish III from a miserable Spanish II experience with a person who is no longer in the profession. I will let the images below speak for themselves.  I can hardly wait to start our next book……here comes the end of January!! 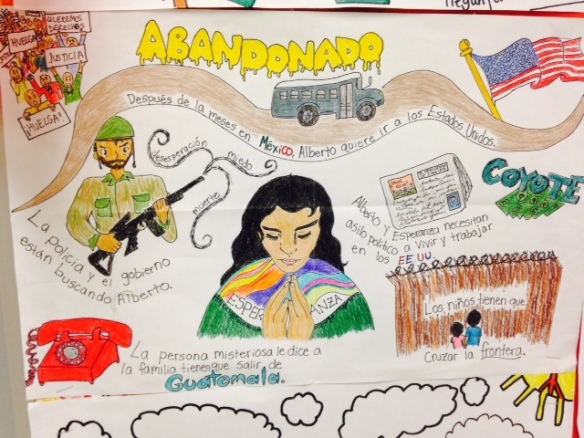 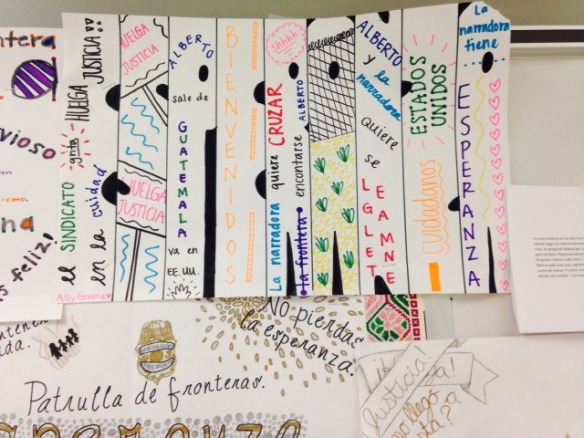 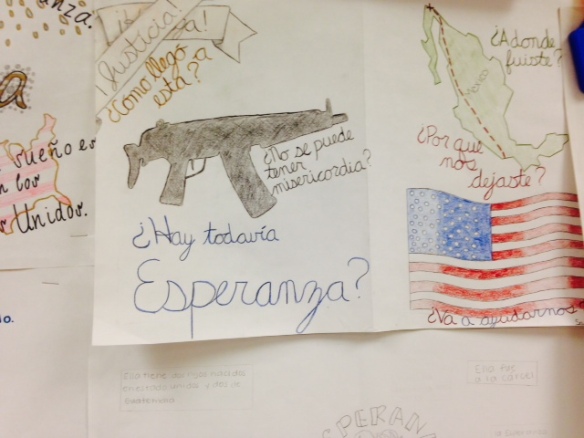 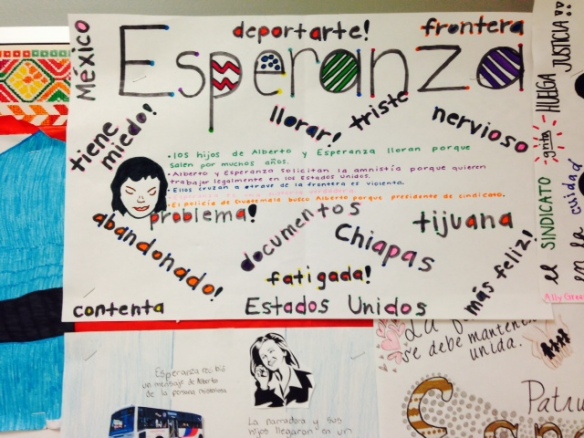 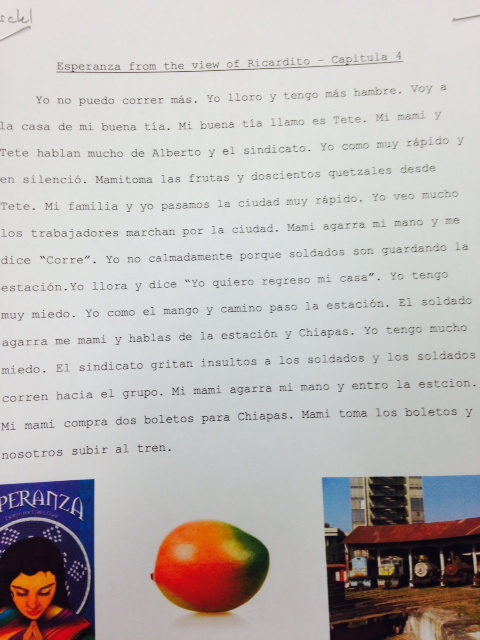 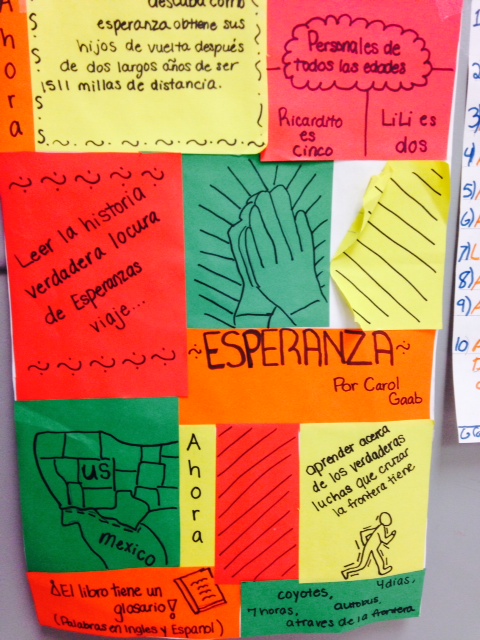 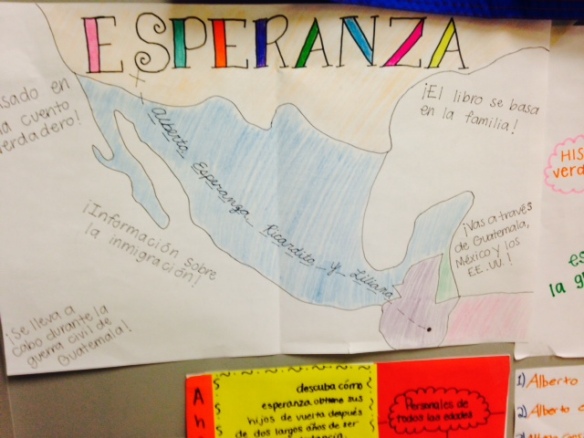 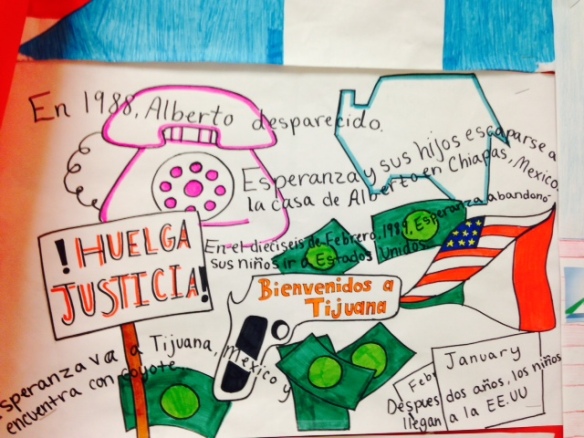 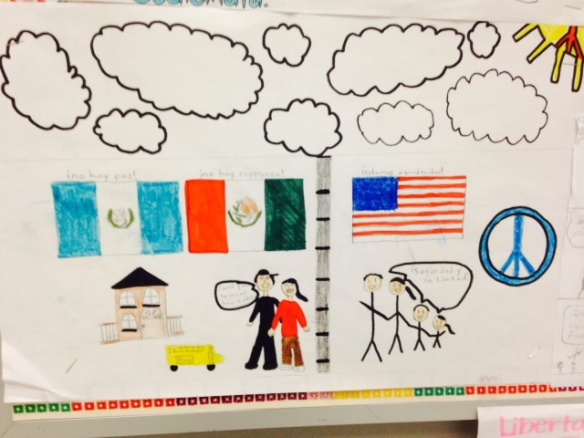 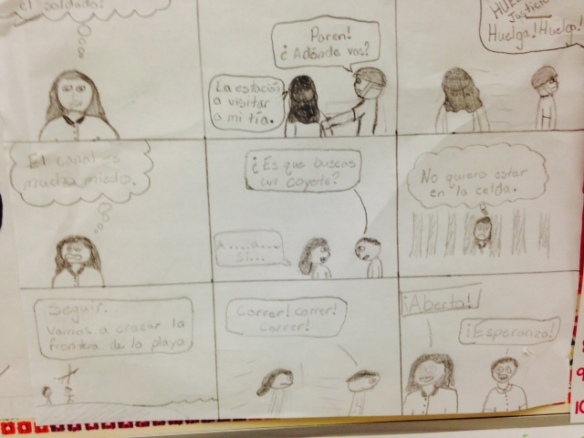 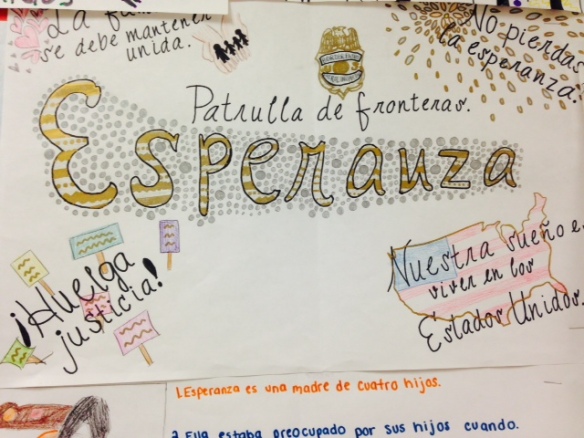